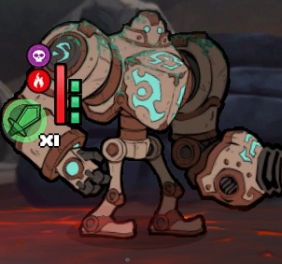 Roho is a robot and the sixth unlocked character.

The Epic Band of Heroes received Roho the Robot as inheritance, after having done a good deed to an old and dying sorcerer-engineer far, far, far in the south. At first all the Heroes thought Roho was simply a soulless construct, but gradually everyone began to be be aware that Roho had a mind of its own. This unnerved some of the Heroes, and fascinated others. Unfortunately not much else is known about Roho other than than the fact that roho likes baby animals and music. 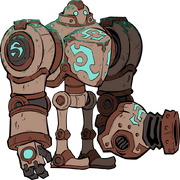