Edit
watch 01:36
We're Getting Mutants in the MCU - The Loop
Do you like this video?
Play Sound
This article is a stub. You can help Has-Been Heroes Wiki by expanding it. 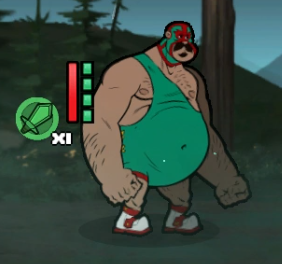 Florencio is a wrestler and the second unlocked character.

When Florencio was young he dreamed of becoming an anthropologist, to pursue his dream he started to study anthropology in la Universidad. Unfortunately the university was ruined when the evil sorcerer, el Primer Ministro Juan Batidor, stole all the tax money that was due to go to la Universidad. After this unfortunate event Florencio became a traveling wrestler, dubbing himself as “El Antropólogo”. In his travels he encountered the Epic Band of Heroes and joined them to fight injustice. He also saw a possibility to loot all the wayward treasure chests on random roads in the wilderness, he was hoping to donate all the money to the la Universidad so it could be restored to its glory once more. 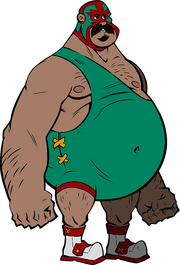